With the warmest part of the year approaching, the party season is heating up along with the weather. To stay cool during the summer get-togethers, a chill beer is definitely one of the most popular and beloved ways to keep the summer heat at bay. In fact, beer is the most commonly drank alcoholic beverage, and the fourth most consumed drink after water, tea and coffee!

But just chugging a beer sometimes is not enough, especially if you’re looking to create a wilder atmosphere. This is precisely why drinking games exist – to make everything even more interesting! More specifically, since we are talking ale, throwing a Beer Olympics is a guaranteed way of keeping the crowd engaged, and, besides, who says you need a real Olympics to channel everyone’s competitive side?! No need to wait four years or be a sportsman for these Olympics! Below you’ll find fifteen of the most popular beer drinking games that are sure to keep the guests engaged:

It’s not a coincidence that the word “cup” means both a drink container and a trophy, especially when we’re talking about the Beer Olympics games. After all, this type of entertainment requires the players to turn on their competitive side. Take a look at our selection of top five beer games that you can play no matter the occasion, be it a bachelor party or just a casual get-together among friends where you want to spice things up:

Without a doubt, the most well-known among beer cup games is the classic of them all – Beer pong! It’s important not to confuse it with many other beer pong games that originated from it, such as State beer pong or Baseball beer pong. This game probably needs no introductions, as the thing with classics is that they are classics for a reason. In this turn-based game, players split into two teams and both arrange cups filled with beer in a pyramid shape. The goal of the game is to throw a ping pong ball into a cup of the opposite team. When you succeed – the opponent has to drink the from it. To play it on a professional level, you can consider a special beer pong table made by organizers of The World Series of Beer Pong, the biggest beer pong tournament in the world!

Another popular team-based game with cups, with a rather self-explanatory title. The same number of cups, depending on the number of players on each team, should be placed on both sides of the table and filled with beer. The team members line up next to the cups, facing the opposite team member. The first two opposing members start the game by toasting and drinking the beer and then proceed to place the cup back on the table. This is where things get tricky – the first one who flips the cup upside down allows their team member who’s next in line to continue the game. Basically, it’s a race, and as simple as flipping a cup might sound, it can be quite complicated, especially when one’s a bit inebriated.

If you were born in the 90s, then you’ll figure out the rules from the title. The name comes from a popular Microsoft game that used to be popular back in the time of dial-up Internet. Fill up half of the cups with beer and the other half with water, in equal amounts. Then, cover them with a lid of some sort (a small plate will do) so that you can move them around the table and rearrange them without knowing the contents of the cups. The game can then begin – each player chooses a random glass from the table and drinks it until the table is empty. The goal of the game? (Don’t) get drunk as much as the other players!

While drinking roulette wheel is usually associated with smaller glasses that are used for shots, a beer version is possible as well. All you need is a whole lot of cans of beer – and this game is even more interesting the more players are involved. Shake one can and mix it in with all the others – the player that gets showered by the foam must chug the entire can!

With the Netflix TV series The Queens’s Gambit being so popular in the last two years, chess has gained popularity and entered the mainstream. With, almost everyone was infected with it in the previous years. So, if it’s just you and your buddy hanging out, why not make it a night to remember and add a competitive vibe to the evening? Merge the fun part of drinking with the mental effort of chess-playing by simply replacing the chess pieces with beer cups. Once each piece is defeated, the one who lost the piece drinks up!

Playing cards is always a nice way to spend your free time and unwind with friends. But, in case you grow tired of playing the same old games like Crazy Eights or Rummy, mix in some ale and spice things up. Oh, and not every card game needs a standard 52-card deck – read on!

This classic card drinking game is quite simple to set up yet works wonders when it comes to entertaining the crowd. Well, if by “entertain” you mean “sparking up arguments”, you’ll be in for a treat. The cards are set face down in a pyramid-shaped way – five cards at the bottom, one at the top. The rest are evenly distributed to the players who get only 10 seconds to try and remember their hand. Then the game begins – one card starting from the bottom of the pyramid is revealed. The player who claims to have the card orders any other player to drink. This player can either accept and drink or call the bluff. The one who’s right drinks twice.

Another popular card game comes with various variations to the rules. The cards are put face down in a circle, with a penalty drink in the middle, something the loser will drink. We suggest warm beer if that’s defeating enough for you.

On to the rules: Basically, each card gets its own rule, just like in the game Three man with dices each number means a different action. The common starting rules are:

This is a game of accusation – the pack contains 250 prompt cards with different bad decisions.  The cards are drawn one by one and all players vote for the player who’s most likely to make to do what the card says (usually something a bit cringy or embarrassing). Example: Wakes up with half a burrito in bed. Talks about relationship problems. This is a good game to play for a larger number of players, even ten or more. It’s a brutally honest game and not one for those who are easily insulted. Yes, you all will be called out, that’s for sure, but in the end, it’s all about fun, after all!

Uno is a well-known game that needs no introduction, and you can play the drunk version with the colorful Uno deck used for the classic game. The rules are just like in a regular Uno game session, except the player drinks in the following situations:

Science says that playing board games helps us create more so-called ‘happy hormones’ aka endorphins. Indeed, they help us come together in a circle, disconnect from technology and connect with friends and family. But, what happens when you add alcohol to the mix? This depends on the game you decide to play – find out below in our top five picks of board games that will perfectly fit in your Beer Olympics game schedule.

We’ve mentioned Beeramid, now get ready for the brewing fun that awaits with Beeropoly. There’s hardly a more male-centered board game out there, that’s for sure. It’s got some elements of Kings in the shape of a board, Monopoly-like style. The gist of the game is that depending on the place on the board you land you’ll have to either perform an action, do a challenge or even compete in a dance battle. Along with ho bord, you’ll get bottle cap pieces and a set of dice, so you’ll be all set to commence the game. Oh, and there’s the Community Cup as well, an important part of the gameplay. The last player standing must drink from it!

Surprised to find Twister on this list? We figured, a Twister mat technically is a board, right? The rules are already known to everyone – spin the spinner and then place body parts on the right color circle until you fall over. And you’ll definitely fall over, alright! The thing is, each time you do, you’re to drink an additional beer can. Then you can rejoin the game – but bear in mind that the more you fall, the drunker you’ll be and the falling will be much more frequent!

Another game similar to Monopoly is where you have to move the pieces all over the board and fill out your game piece in order to win miniaturized bottles.  It also combines the skills necessary to play Flip Cup, Pong and Quarters and packs them up into one all-encompassing competition.  Being inebriated won’t be a problem as the game is easy to follow, so you’ll finish no matter how many beers you drink while you play. It’s truly one of the best board Beer Olympics games for a boozy good time!

Here’s a similar take to the game above, which is invigorating and will fit right in with the Beer Olympics. The object of the game is to race through three layers and beat your opponents by reaching the finish line. Each tile means a different action, and a roll of dice determines where your pawn lands next. However, what makes this game so interesting are the additional cards. Mystery cards can either help or obstruct and contain sentences such as: Finish your drink. Ask someone an embarrassing question. Then, face-off cards are drawn when two players happen to land on the same tile. These cards have various challenges which are basically head-to-head competitions. From dance-offs to finding a way to make the opponent laugh, you’ll find various funny tasks you’ll have to complete.

Overall, let’s hope you’ve found inspiration to include one of the beer games from each category so that you can compete with friends in all three of them. Have a good time and drink responsibly – being inebriated is fun, but it matters where you draw the line.

Hi! My name is Kate the woman behind the Party Conclusions. I am mum of two beautiful and hyperactive girl and boy. Main purpose of creating Party Conclusions was to share party ideas of all kinds. Here you would find all kinds of party ideas, recipes, printables and inspiration for your next celebration! You can find out more on about me page! 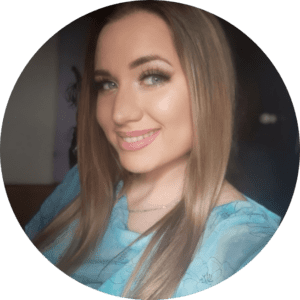 Hi! My name is Kate the woman behind the Party Conclusions. I am mum of two beautiful and hyperactive girl and boy. Main purpose of creating Party Conclusions was to share party ideas of all kinds. Here you would find all kind of party ideas, recipes, printables and inspiration for your next celebration! You can find out more on about me page!